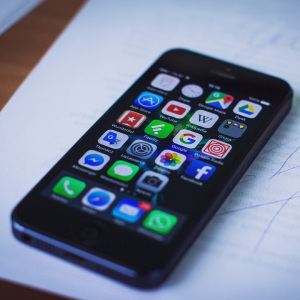 What would you do if you found yourself alone in a dangerous situation? You’d likely reach for your cell phone to call for help. But for thousands of marginalized people across Vancouver having a cell phone, even a simple calling-only one, isn’t always possible.

For more than ten years VPD front-line officers have been discreetly providing emergency cell phones to Vancouver’s most vulnerable individuals on a complimentary basis. These are individuals – including teens, women and seniors – who are victims of domestic abuse, sex industry workers, and victims and/or witnesses of criminal activity. Occasionally, VPD patrol officers also provide these phones to additional at-risk individuals who do not have another means of connecting with emergency services. For some, these phones are used to document a crime in progress. For others, the phones enable an escape from a violent partner. And for a few, these phones can be the difference between life and death.

These are referred to as “9-1-1 emergency phones” and the phones are provided through community donations, telecom carriers, and end of life police phones. The VPD Mobility Communications Services Team has been dedicated to sourcing and cleaning these donated phones for distribution to the community for more than a decade. Their biggest challenge? Ensuring each phone is paired with a compatible charging cable – because without a charger, these phones are rendered useless. 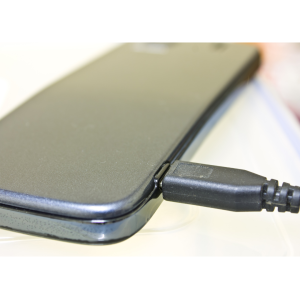 That’s where the Vancouver Police Foundation comes in. Over the past year alone we proudly funded the purchase of 150 chargers and 150 charging blocks, plus cleaning supplies, in order to get the phones into the hands of those who needs them most.

One of the VPD units that receives these phones and chargers for community distribution is the Community Policing Outreach unit, and more specifically, VPD Sex Industry Liaison Officer Constable Linda Malcolm.

“I can’t begin to tell you the safety and security brought to vulnerable women in our community by providing them with a lifeline through the 9-1-1 Emergency phones,” explains Linda.

“One of the 9-1-1 phones I gave out was to a woman who was still working out on the stroll. Soon after she felt unsafe when a prospective client slowed down and drove by her many times. She picked up her phone and began talking in it, pretending someone was on the other end. She also had converted the phone into a pay-as-you-go phone and was able to text a description of the car and the driver, as well as the plate number in case anything happened.” 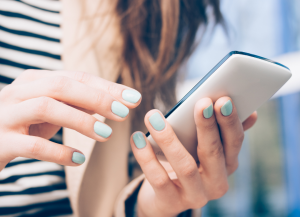 In the 10 years that Linda has been in her role, she has quietly distributed more than 600 phones to those who need them the most. The VPF has been proud to support her for many of these years. Another positive outcome of this program has been how the phones have strengthened Linda’s relationship and trust with the community.

Most phones also provide the benefit of a working camera and subsequent photo library. “I have also sat with many women who were not immediately at risk and was shown photos of their kids and pets which allows me to connect with them on a different level. While spending time these women I have also used their phone to take pictures of them when they’re having a good day or if we’re in a beautiful location. Sometimes these pictures are e-mailed to me and then I have them printed and framed so I can give them back to the women.”

Thanks to the dedication of the VPD Mobility Communications Services Team and to the generosity of Foundation donors, hundreds of emergency phones have provided immense peace of mind and also life-changing support and possibilities to vulnerable people across Vancouver.

If you would like to donate to help get more phones and chargers into the hands of those who need it most, or to support any other VPD-initiated community program, please donate online or call us at 604.717.3700. Gifts of all sizes can make a difference.